Connections Between Meet and Insulin Sensitivity

Former graduate student Abigale Clapham recently published on the association between meat intake and insulin sensitivity. When humans eat foods, the nutrients are absorbed into our blood stream. As nutrients, particularly sugars, increase in the blood, the body normally sends out the hormone insulin that delivers a message to cells to take up these nutrients. Unfortunately, many of us are not of normal weight anymore and the percent of people worldwide who are obese is increasing steadily. One result of this is directly related to the role of insulin in the body. As our cells get “fat” and somewhat over nourished, they no longer need the nutrients that are in the blood stream and waiting to be absorbed. So, when insulin comes around with its signal to absorb nutrients, particularly sugars, from the blood, the cells become “insensitive” or deaf to this message. As a result, blood levels of both insulin and sugars in the blood rise and stay high. This is called insulin insensitivity and is the pathway by which obesity turns into type 2 diabetes. Ms. Clapham’s research question was the role of dietary meat in this development. We know that excess food and calories can lead to insulin insensitivity, but is there a role for specific foods for meats beyond their role in simply inducing obesity. The role of meats in obesity is well known. The role of meat in insulin sensitivity is well known. But is there a role for meat in insulin sensitivity apart from its role by way of obesity? Ms. Clapham performed a secondary analysis on an existing large dataset, the Atherosclerosis Risk in Communities (ARIC) study, which included approximately 15,000 individuals aged 45-64 years at baseline. The original researchers surveyed the participants on their dietary habits and the blood levels of both insulin and glucose, our primary blood sugar. Using insulin and glucose, she calculated an insulin sensitivity index. When comparing meat with insulin sensitivity, the results confirmed previous positive results. When adjusting for the effects of meat on body weight, the data showed a still significant effect of meat on insulin sensitivity. This research confirms what we knew already, that meat affects body weight and insulin sensitivity. We also learned that meat appears to also have an independent effect on insulin sensitivity apart from the obesity effects. This is intriguing and leads to questions about what is it in meat that is different from other foods that may be causing this insulin effect. The overall recommendation from this work is to avoid obesity and to reduce the amount to meat we are consuming.

The full article can be viewed here. 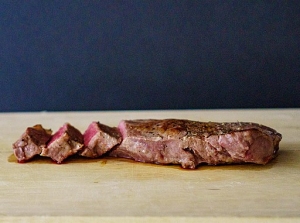 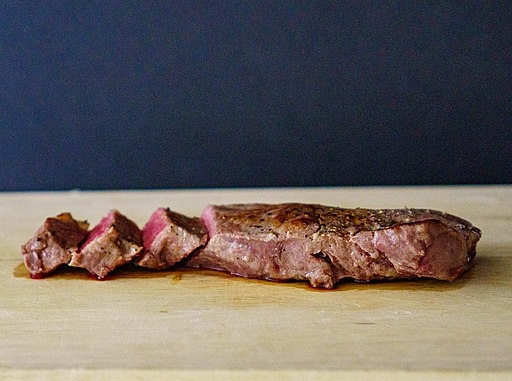